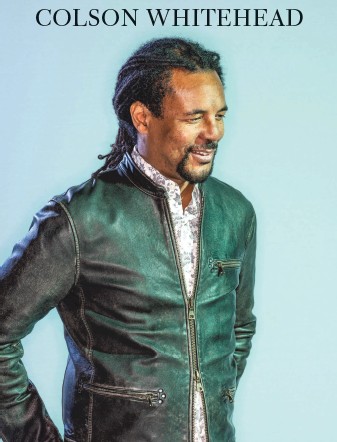 COLSON WHITEHEAD is the shape-shifting, award-winning author of eight novels and two works of nonfiction. He writes about the past, the future and sometimes the future-past. His prodigious imagination is propelled by elements of genre fiction — detective stories, sci-fi — as well as philosophical, social and historical concerns. When looking for the topic of his next novel, he has said he pursues whatever idea he finds himself thinking about the most. The lifelong New Yorker’s breakthrough work was The Underground Railroad, a fantastical take on a literal train for people escaping slavery, for which he won his first Pulitzer Prize, in 2017, as well as the 2016 National Book Award. In The Nickel Boys, for which he won the 2020 Pulitzer Prize, Whitehead explores the violence student inmates face at the Nickel Academy, a 1960s reform school based on a real Florida institution. Whitehead graduated from Harvard University in 1991 and wrote his first novel while working as a reporter for The Village Voice. Published in 1999, The Intuitionist is about two groups of elevator operators with competing ideologies. His most recent work, Harlem Shuffle (2021), is a crime caper set against the vivid backdrop of Harlem at the dawn of the civil rights movement. Whitehead doesn’t stick to one literary style; his books are linked by a focus on the experiences of Black Americans during different historical periods, as well as the intricate plotting of immersive worlds for his characters, and in turn his readers.