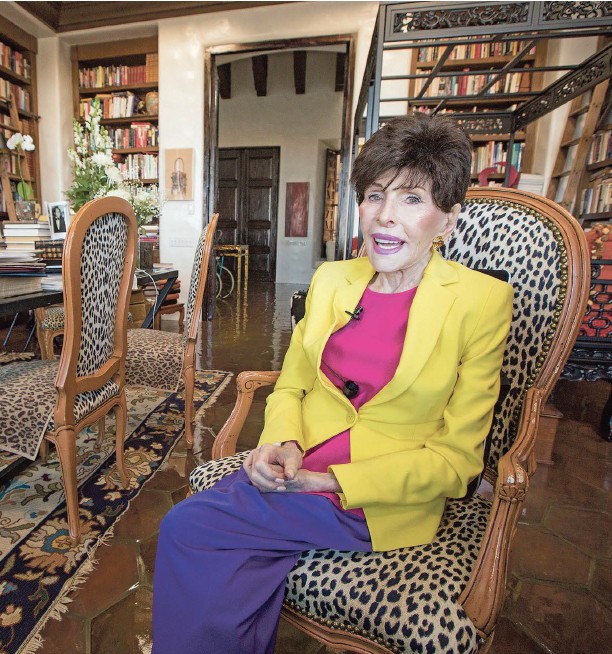 Eleanor Brenner says she takes after her father. “He was brilliant. The most charitable man I ever met. He gave 60 percent of his income every year to charity,” she said. She’s also a bit like her mother. “She was one of God’s angels. She knew nothing but kindness, gentleness and caring.” That’s how some might describe the New York City fashion designer who for 20 years has helped more than 1,000 struggling Santa Fe students through First Serve New Mexico, the after-school program she founded that offers academic tutoring, life skills training and tennis instruction at no cost to dozens of participating students each year. The charity is set to break ground this year on a $12 million, 12-court tennis complex that will continue to serve area youth in the years to come. Because of her tireless work with the program, Brenner has been named one of The Santa Fe New Mexican’s 10 Who Made a Difference for 2022. Prior to her powerful career in the fashion industry, Brenner came from humble beginnings. Her mother immigrated to the United States from Russia and, along with her father, provided “a very happy, wonderful childhood,” she said. The New York City native worked mainly in Italy, but also in France and England. In 1972, when her husband, Richard, decided he wanted to visit the American West, the couple came to Santa Fe and fell in love with the city. “I had an epiphany that was quite remarkable. It was before the monsoon season and everything was very dry, dusty,” she said. “It was our last day here, and I was sitting by the pool at Bishop’s Lodge. I was reading and looking at the mountains, and they changed from brown to a dark eggplant and into a mauve color, and I knew I would end the last part of my life in Santa Fe.” After moving to the city, Brenner continued working in fashion. She made a presentation at a local school and talked with some of the children afterward. “I found their vista very narrow and their goals quite narrow, and I felt like I had an obligation to help,” she said. “I’m also a lot of fun and a very structured person, and I felt these kids could benefit from fun, which was the tennis part, and they could benefit from the camaraderie. “I offered my services to an elementary school to come in and work with girls having academic and social difficulties,” she continued. “I realized at the end of the year that I totally failed, and the reason I failed was because it was not an everyday program. I couldn’t reach these kids, so I spent the next year visiting after-school programs.” The research provided the blueprint for her and her husband (he figured out the finances) to create First Serve New Mexico. They started in 2003. “We failed that first year,” she said. “We failed the second year. We changed a lot of things in the third year, and then it began to be successful.” Their persistence taught them that, to retain children, they would have to start with third graders instead of working with the seventh through 12th grade model they had begun with. They would need more tutors and tennis instructors and smaller class sizes. “And we needed to add life skills to the curriculum,” she said. Mariella Rigales, a 16-year-old junior at St. Michael’s High School, is one of the kids who have benefited from First Serve. She started the program in the third grade. “The coaches are great and we get great instruction,” said Rigales, who nominated Brenner for the 10 Who Made a Difference award. “Some of the coaches are former students in the program. … It feels like family.” Brenner said many students in the program have gone on to higher education, some earning master’s and doctorate degrees. “Without it, I would probably have not been introduced to tennis,” Rigales said. “… Ms. Eleanor cares about us very much, and it’s not only about tennis but about becoming a wellrounded person.” During the early days, the Brenners made do. “We used public tennis courts,” Eleanor Brenner said. “We were teaching in gyms or cafeterias. We made tennis courts where there were none. It was a great experiment, and it wasn’t easy. Then we were really starting to be successful, and by successful, I mean getting the kids to come back. We now have a 75 to 80 percent retention rate.” Brenner said she and her husband decided to employ teachers rather than recruit volunteers. “We knew [we] were going to pay $25 an hour to these teachers 20 years ago. Volunteers have big hearts, but they have their own lives, and when you work, and you get paid, you have an obligation.” Brenner declined to provide her exact age but said she is in her 80s. Her husband died nine years ago, and she has continued to carry the torch. “Every child has potential, and First Serve wants to reach that child’s potential and have that child be the best they can be,” she said. “We create an atmosphere of incredible togetherness. That’s one of the main traits of First Serve, that everybody is on the same team. We care about each other. We praise each other. We celebrate each other’s successes, and we have high goals and high expectations. Our kids are really ready for life.”